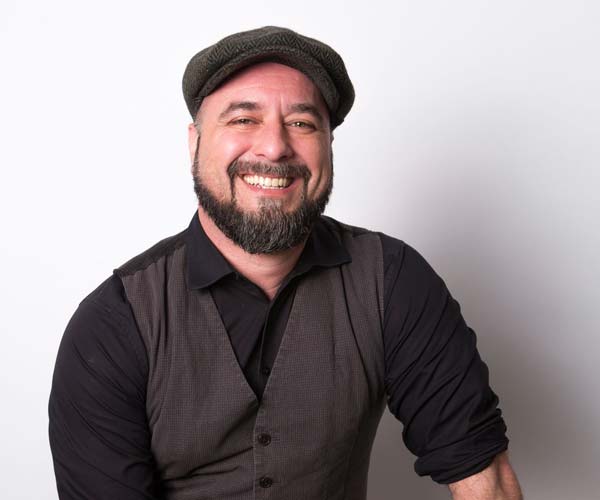 Michael Holowatch:  The Drummer, The Producer, The Music Director

1. When and why did you start playing?

I started playing as soon as I could pick up sticks and find things that made sound when I hit them with sticks.

2. Which instruments do you play?

I play Drums, Percussion primarily. I also sing and play a little Piano.  My Drums are custom made for me by Bone Custom Drums (EU) and my Cymbals are Sabian.  The ONLY Sticks and Heads I use are Vater and Remo respectively.

3. What was the first tune(s) you learned?

4. Which famous musicians do you admire?

Steve Jordan … Why?  Because he can do it all, drummer (Keith Richards/John Mayer), producer(Alicia Keys), music director(Grammys), songwriter(The Verbs)…  and best of all he has amazing chops and can solo with the best of them, but he knows better than anyone on the planet how to play exactly what’s needed to make the SONG great.

5. What’s your favorite era of music?

Basic, cheap student model steele snare drum with stand practice pad and case.  It had no name brand just a sticker that read CB-700, I assume that’s some sort of stock number.

Over the last 30 years I have accumulated 6 drum sets 20 snare drums and almost 100 cymbals as well as various hand percussion from all over the world,  way too many to discuss at detail.  Yamaha / Gretsch / Zildjian / Sabian / Slingerland / Vintage Ludwig

11. Were you influenced by old records & tapes? Which ones?

He Could Go On Naming His Favorite Musicians For Days!

12. Who are your favorite musicians?

Don’t Get Nervous … Get Prepared!

15. How do you handle mistakes during a performance?

16. Do you get nervous before a performance or a competition?

No … because I’m always prepared and well rehearsed.

17. What advice would you give to beginners who are nervous?

Breathe … Rehearse/Practice … Solid preparation will chase away your fears.

19. How often and for how long do you practice?

At least 2 hours per day.

Yes, all of the above.

21. How do you balance your music with other obligations – mate, children, job?

Music is all of those things to me so it’s easy to balance.

Because there’s a different kind of satisfaction when you entertain a crowd at an event like a wedding. It’s special because it’s two families gathering to celebrate and there’s a camaraderie that just doesn’t exist at any other event.

Depending on the couples’ taste each set list will be different.  That being said, every set list should have a flow to it and peak at the end of the night with a final song that truly represents that specific couple.

31. Why do you enjoy being a Replicas artist?

One of the most amazing things a musician does is communicate with other musicians in a beautiful language that has a positive lasting effect on everyone engaged.  Playing with many different musicians is one of the best ways we can grow as musicians and as humans.  I enjoy playing with The Replicas because it allows me the opportunity to play with some of the best musicians and coolest people I have ever encountered in my many years playing around to world.  Their attention to detail when it comes to honing their craft is as good as it gets,  and the personalities that keep us all smiling and having a good time are the glue that keeps us all together, on stage or in the studio rehearsing or recording.  They truly are like a second family for me and I love and appreciate every one of them.