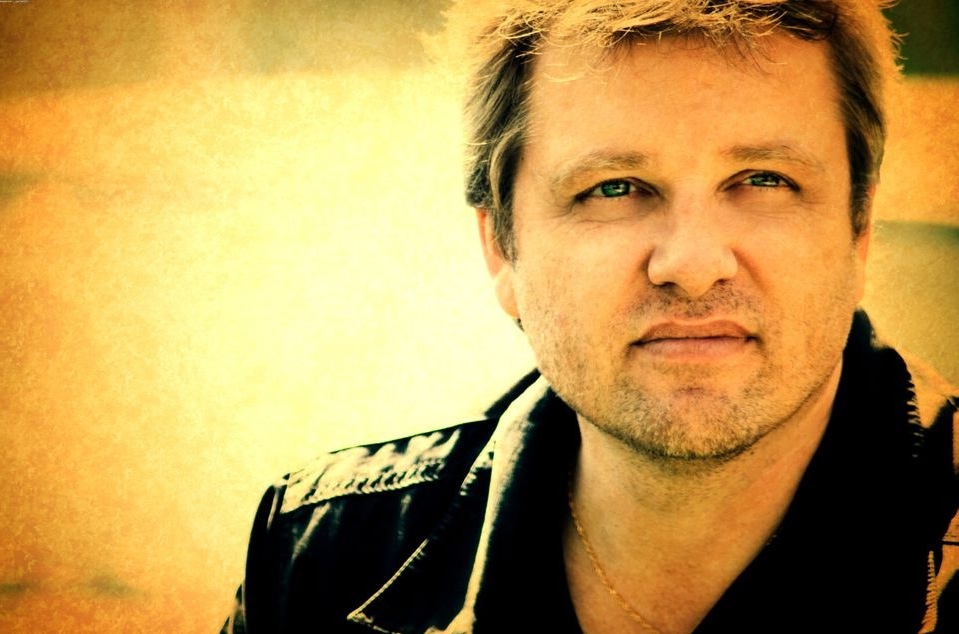 When and why did you start playing? I started singing when I was thirteen and started playing the piano when I was sixteen. I sang in school choirs and vocal jazz groups, and by default I became the guy who sat at the piano and played each part. From there I taught myself how to accompany the groups and in time started accompanying myself.

Which instruments do you play? (Please be specific …  i.e.: We want brand names of your axes and the stings you use / drum heads)  I am a piano player. People use the word “keyboardist”, but I really am a piano player. Because you don’t find pianos in most places, I inevitably have to play an electronic piano most of the time. I usually play Yamaha electric pianos, but my favorite keyboards are the old Wurlitzer electric pianos. I recently had my 1964 Wurlitzer 140B rebuilt – I love that keyboard.

What was the first tune(s) you learned? My first memory of playing the piano is attempting to teach myself the theme song for “The Pink Panther”. I tried hammering out the notes by ear. My first memory of singing in front of an audience was singing “The Bear Necessities” in the eighth grade. I’m pretty sure I was wearing a loincloth made out of a sheet.

LIFE OF THE PARTY!

Which famous musicians do you admire? Why? My big three are Billy Joel, Elton John, and Barry Manilow. I always liked the idea of one person being able to make that much music. Being able to sit at the piano and accompany myself signing seemed like a super-power to me. “Life of the party” stuff…

Best undiscovered band? How about the best undiscovered artist? My friend, Bret Levick, is an amazing singer/songwriter. How he’s never been discovered is a mystery to me. He’s an unbelievable talent.

Describe your first instrument. When I was in the 6th grade my best friend, Ricky Jones, started playing the trumpet. His parents bought him a beautiful, brand new trumpet in a leather case. I told my mom I wanted to play the trumpet too, so my stepdad bought me a second-hand trumpet from the Salvation Army. It was bent in the middle and they made me carry it to school in a pillowcase. Needless to say, I didn’t stick with it.

NOT SO GUILTY PLEASURE … BARRY MANILOW

Were you influenced by old records & tapes? Which ones?  Yes! My first 45 was “I Write the Songs” by Barry Manilow (by the way, he didn’t write that song…). I also loved “The Stranger” by Billy Joel and “Goodbye Yellow Brick Road” by Elton John.

Who are your favorite musicians? Groups? CD’s?

How do you handle mistakes during a performance?  Awesome things happen when you play music live. Nothing ever goes perfectly, which makes each performance unique. I enjoy those moments. I think the audience does too, especially when you’re having a good time and don’t take yourself too seriously.

Do you get nervous before a performance or a competition?  Not really nervous, more anxious. I can’t wait to get it going.

What advice would you give to beginners who are nervous?  Someone told me a while ago, ”It’s just music. No one gets hurt.” What’s the worst that could happen? You forget a word? You forget a chord? No one can tell, unless you show them you’ve make a mistake. It should always be fun.

Do you read music? Yes. I knew early on that I would never be able to hold down a regular 9-to-5 job. I figured that the more I knew about music, the more work I’d be able to get. Learning to read music opened the door to so many opportunities for work. I’ve played for parties, church services, weddings; accompanied tons of artists; been in recording sessions – most of which I wouldn’t have been able to do without being able to read music.

HE GIGS A LOT!

How often and for how long do you practice?  I go through phases when it comes to practice. Sometimes I’ll go for a month without touching a keyboard, except for gigs. Then all of a sudden something will catch my interest and I’ll sit at my piano for hours on end hammering something out.

What do you practice – exercises, new tunes, hard tunes, etc.?  I never took traditional piano lessons. Most of what I play, I learned by watching someone else or listening to recordings and copying what I heard. Honestly, I don’t think I could play a scale with both hands if I had to. No one’s ever come up to me after a show and told me they liked my technique.

How do you balance your music with other obligations – mate, children, job?  I’ve been fortunate enough to be able to make a living playing music. With that usually comes a very flexible schedule. I love spending time with my family. I love playing music. Quite often I can mix the two. That’s as good as it gets.

Why do you like playing weddings? I know what I’m good at. I’ve never been great at being a “I do it all” kind of performer. I enjoy performing at weddings, or really any event, when the client is into what it is I bring to the table. I do a very specific thing. I put everything I have into performing great piano rock songs. If the client gets that, and loves that, and wants that for their event, I promise we won’t disappoint them.

THE GREAT OUTDOORS! GET HIM TO THE GREEK!

Favorite Venue for to play Live Music Entertainment? I love playing outdoor concerts and festivals. People come to dance, eat, drink, and have a good time.

Dream Gig?  I guess the experience of playing in front of thousands and thousands of people. I’d like to experience the sea of humanity staring up at me as I stare out at them. That seems like the ultimate challenge – to entertain that many people.

Training: Shortly after graduating high school, I was very into singing and arranging vocal jazz. I studied at a small school in Spokane, WA called The Phil Mattson School for Singers. In one year, the teachers there probably had the biggest influence on me. I really learned the fundamentals of music there – both singing and playing. Then I went to study at The Dick Grove School of Music in Los Angeles, CA. There I was able to study with some of the greatest live and session musicians in the world. Not only did I study music theory, keyboard styles, and recording techniques – I also started to learn the ins and outs of the music business.

Why do you enjoy being a part of The Replicas Music Family?  That’s simple. The Replicas Music serves clients who see the value in having live music at their events. They are keeping the art of live entertainment alive and are giving lots of great musicians the opportunity to work.