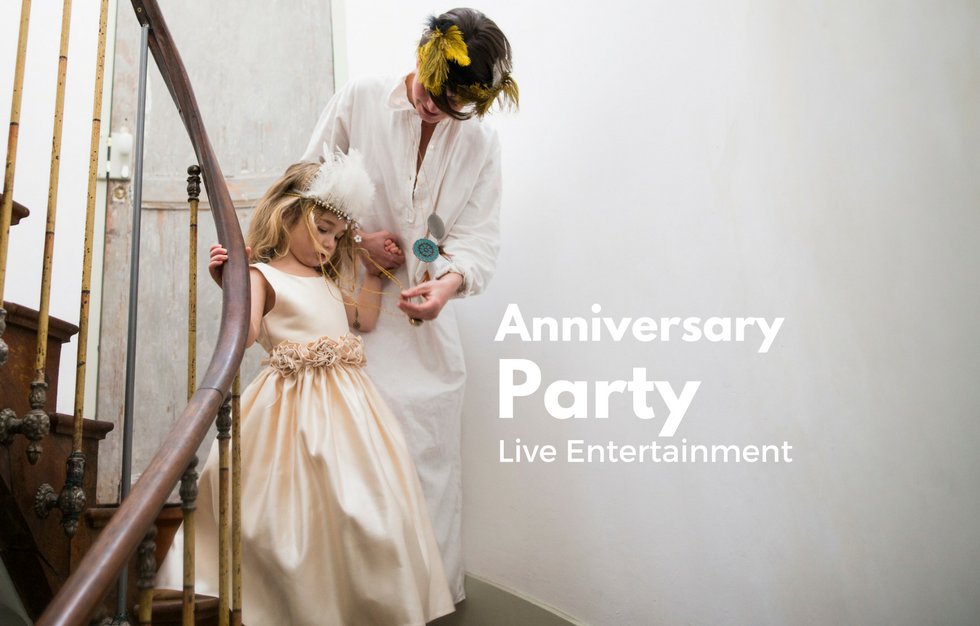 In previous posts I have presented The Replicas Music as the only option for your Wedding Reception and Corporate live entertainment. But what about other events? “I am already married and I don’t work for a corporate organizer. In fact I’m retired! What do I care about live music…it’s for the kids!” Yes this version of you is a the seventy year old man from the movie UP or Mama from Mama’s Family.

Live Music Entertainment For Any Generation!

Well have I got a deal for you! Ok, it’s not really a deal, I simply needed your attention. You aren’t interested in Weddings because you already had one, well what about a no-holds barred Anniversary blowout! I know what you are thinking, “Isn’t it a little tacky to throw yourself an Anniversary party? Our kids (or friends) are supposed to be the ones throwing this party.” It’s not tacky at all, It’s Los Angeles (or wherever you want the party to be we’ll go!) It’s a special day for you and the person who promised to love you and never leave your side. Plus you don’t care what the masses think- you are bold and love live music.

DID SOMEONE SAY ANNIVERSARY PARTY?

You want The Replicas Music to perform the live entertainment at your Anniversary party because they are versatile. They provide multiple ensembles for any music lover. Like reggae? Check! Lynyrd Skynyrd? Yep! You can design your own special playlist from the classics to Lady Gaga. Just click here for the list, not at all exhaustive, of favorites the bands love to play. However, as I am known to do I have a few suggestions. The following is a list, not at all exhaustive, of music you have to play for your Anniversary party, no matter if it is for your first year or your golden years (the parallel language was intentional believe it or not).

First and foremost, primarily, or most importantly you must play a country song. Even if you don’t like country music. This isn’t about you, it is about the slow projected montage of family pictures spanning the ages of time your family has been together. You know what I mean, this is a “have to,” not a “need to.” The song is Remember When and the artist is Alan Jackson. When you have an ensemble from The Replicas Music play the song there won’t be a dry eye in the house. The line, “Remember when thirty seemed so old,” will at least get all the 31 year olds.  Watch below and see what I mean:

Next the one song you also have to play, no matter what anyone tell you, comes from Celine Dion. If you remember the old movie (I won’t say classic because it’s not that old yet) with Robert Redford and Michelle Pfeiffer, Up Close and Personal, then you know what I am about to suggest. No, I don’t mean The Impossible Dream, if you saw the movie you’ll get the joke. The song to which I am referring to Because You Loved Me. Listen below and you will get chills picturing you and your partner dancing together.

Finally, the last song you must choose is also a song that works as a first dance as well (but that is another story). This song works for all ages. The Millennials love it for the Twilight references but also it reminds them of tattoo sleeves (watch the video and you’ll see what I mean). The old crowd will love it because it isn’t loud and screaming. The song is A Thousand Years by Christina Perri. Listen below and let the dreamy music lull you.

You don’t have to play the above, but if you don’t you may have a boring party. Really it is your party and The Replicas Music will play anything you feel like having them play. Take a listen to What’s Up performed by The Replicas Music.