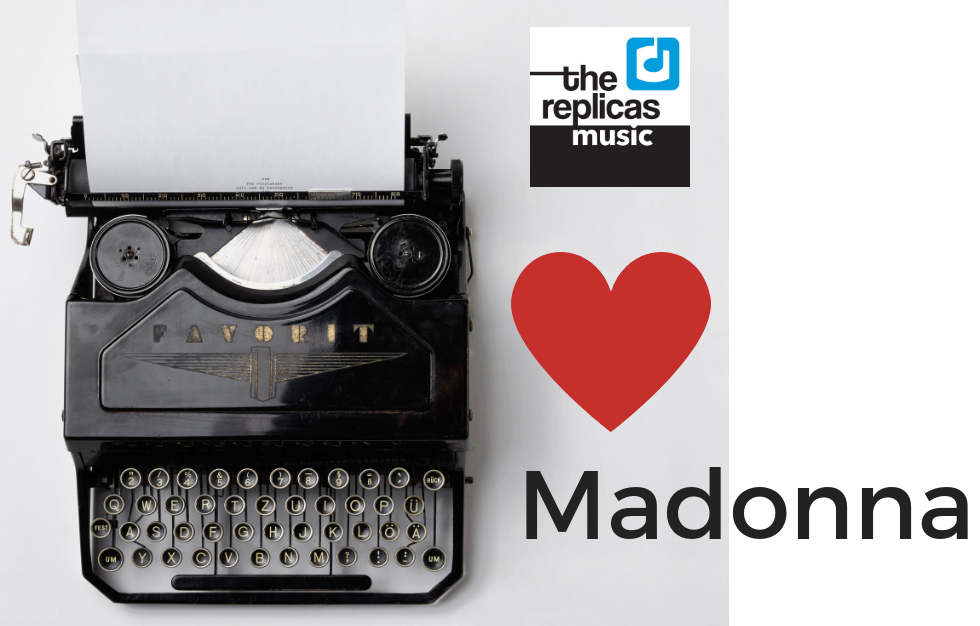 Madonna is the quintessential artist that represents the eighties like no one else! You guessed it, we love her for that! The Replicas is the quintessential Music Agency that represents the very best in live variety bands, guitar duos, string players and everything else in live entertainment music. The Replicas Music has artists who travel up and down the west coast and therefore we play every type of venue from The Dads’ Club in Glendale, CA to Destination Weddings in the Palm Desert. Many of our musical acts go across the country and yet we consider Southern California to be our home. As we’ve traveled around this great nation and have experienced many other music agencies we’ve learned a thing or two. One of those things is we have learned that our musical Song List is probably more  extensive than anyone else East of the Mississippi and West of The Rockies! Oh and did I mention that our song lists includes Madonna’s songs? To celebrate we our love of Madonna we present you with our favorite three Madonna songs!

Crazy for You – Madonna

Released on March 2, 1985 by Geffen Records Crazy for you has been described as a love song for people who are grown ups! At the time Madonna was better known for “Like a Virgin” and “Material Girl.” However a lot of people recognize that this was the proof that Madonna was able to rock so many different styles and therefore push the boundaries of her music. Fans know Madonna already had hit songs and The Replicas Music believe that most of all her music and her songs was important to her. Madonna had a desire to show the world that she could sing and perform many different styles of music much in the same way the Replicas Music enjoys playing a wide range of music. Consequently, we understand this concept and we embrace it. As working professionals we understand the importance of having a large song list that has a wide range of styles.

One of our favorite Madonna songs to play at both weddings and corporate event is Express Yourself! It’s song that says go ahead and say what you want to say. Don’t worry about it being politically correct. Please don’t worry about what you say offending someone. For sure don’t worry about losing whoever it is that you are in love with! If they love you. If they appreciate you, and if they see your value they will keep you and appreciate your candor. We love Madonna and her freedom to “Express” herself!  Too often people stifle their comments and therefore only say the “safe” things. The Replicas Love to play this song as weddings because we think that when you can find the person that you can “Express Yourself” to then you are one lucky duck!

We found this snippet/article of what Madonna told Ms Becky Johnson all the way back in May of 1989. It was published in Interview.

“The ultimate thing behind the song is that if you don’t express yourself, if you don’t say what you want, then you’re not going to get it. And in effect you are chained down by your inability to say what you feel or go after what you want. No matter how in control you think are about sexuality in a relationship there is always the power struggle… always a certain amount of compromise. Of being beholden, if you love them. You do it because you choose to. No one put the chain around this neck but me. I wrote ‘Express Yourself’ to tell women around the world that pick and choose the best for yourself, before that chain around your neck, kills you instead. It’s my take on how man can express what they want, the same prerogative should be there for a woman too.”

Released on September 7, 1983 “Holiday” consequently became Madonna’s first hit single and has been a favorite of The Replicas Music ever since! “Holiday” is a song of celebration, happiness and dancing! We love the energy that the song “Holiday” brings to the dance floor! Somehow it brings smiles to the entire wedding party every time we play it! We would be hard pressed to think of any better songs that describes beginning two lives together!