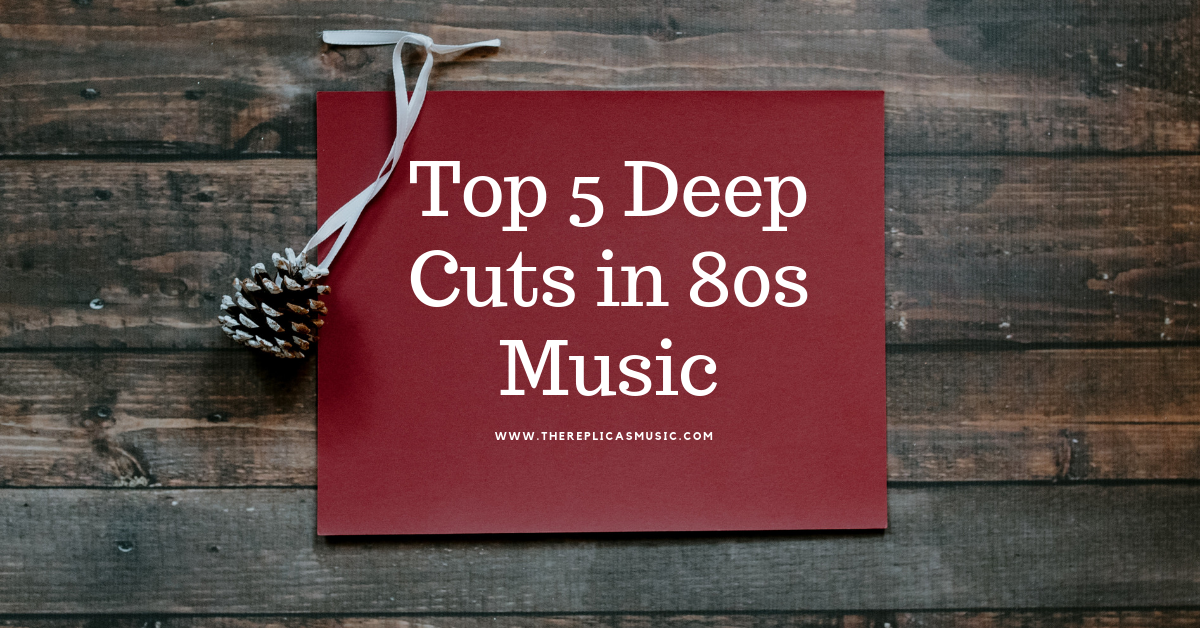 Some of you remember the 80s as a time when your kids — or you or your parents — did some interesting stuff. Purple hair (that’s back), pegged jeans (that’s back too, think “skinny” jeans), and synth bands were the order of the day. Those bands formed the soundtracks to our favorite 80s movies and life experiences punctuated by computerized hand claps (Billy Idol’s “Eyes Without a Face,” anyone?) and the shadows of horizontal blinds in so, so many 80s shows.

The deep cuts in 80s music perfectly stamped the brains of those of us who lived through it with memory-awakening songs. I hear Depeche Mode‘s “Just Can’t Get Enough” and I remember driving home from San Fran on 280, windows down, cold, due to the chilled sweat after dancing all night at the Palladium. As a veteran lover of the 80s, here are the top five songs that bring it all back.

This dance club fave was just the right mix of darkness and dance beat. New Order were formed from the ashes of Joy Division (another great 80s band) after lead singer Ian Curtis offed himself in his Manchester kitchen at age 23. New Order went on to play and breakup off and on over the years, and are currently together and on tour.

2. “Whisper to a Scream (Birds Fly),” The Icicle Works

The rousing tom toms that lead off this song lift you up on an anthemic dance cloud and don’t let go. The only hit to come from The Icicle Works, this song came out in ’83 and continues to be used in popular media like commercials, TV shows, and video games as it’s so closely identified with a particular time and mood.

One of the most underrated bands of the 80s, Talk Talk burned bright, then burned out. We got this rousing, motivational song from them in 1985, just after their early 80s hits such as “It’s My Life,” “Dum Dum Girl,” and the eponymous “Talk Talk.”

No matter what generation you’re from, you know Sting. He led The Police to huge success along with bandmates and fellow geniuses guitarist Andy Summers and drummer Stewart Copeland. This slower, surreal song is set in a desert at tea time. Read Paul Bowles’ book, “The Sheltering Sky” to understand what inspired this masterpiece.