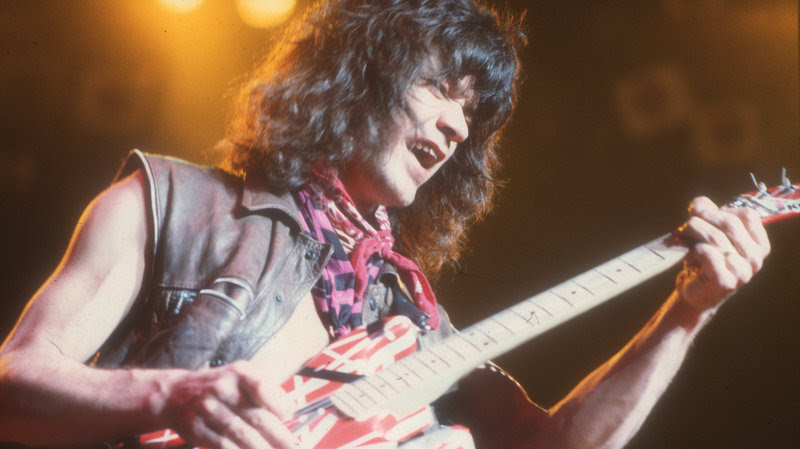 I’m not 100% sure, but when Van Halen was playing backyard parties around Pasadena in the early 70’s, I believe they went by the name of Mammoth for awhile. And Musicians Contact still has a receipt for $5 dated 3-21-1974 from a band called Mammoth with just the name of David on the receipt. Roth? Who knows.

But here’s what I DO know: In 1977 my band was rehearsing just 3 miles down Sunset Boulevard from Gazzarri’s, the club where Van Halen were becoming very popular, packing the place every weekend. Exactly 10 years earlier, my first California band had a house gig 5 nights a week at this same club. Now, my current group in 1977 was at the forefront of the new wave explosion, and my bassist and I decided to go down and check out these Van Halen guys.

As much as lead singer David Lee Roth was assumed to be the focal point, we couldn’t help noticing that most of the guys AND the girls were focused on the guitarist instead, which seemed unusual. (Not long after when I saw Quiet Riot at the Starwood club I also noticed the majority of the crowd was focused on guitarist Randy Rhoads, not Kevin DuBrow, the lead singer).

So, what was our impression of Van Halen? Well, we both thought these guys would never make it big because they were “old wave dinosaur rock”, nothing different, not like OUR band with our fresh new wave sound. Ok, apparently we were slightly wrong! But privately, we both thought “These dudes are INCREDIBLE!” And they played a song twice by the name of Runnin’ With The Devil and my bassist said he thought they should record that…….

“Jump” to 38 years later, July 14, 2015. I finally saw them again at Irvine Meadows, Eddie reunited with David. And once again the crowd was more focused on Eddie, not David, and once again he was INCREDIBLE. Some things never change.

Do you have an Eddie story? info@MusiciansContact.com