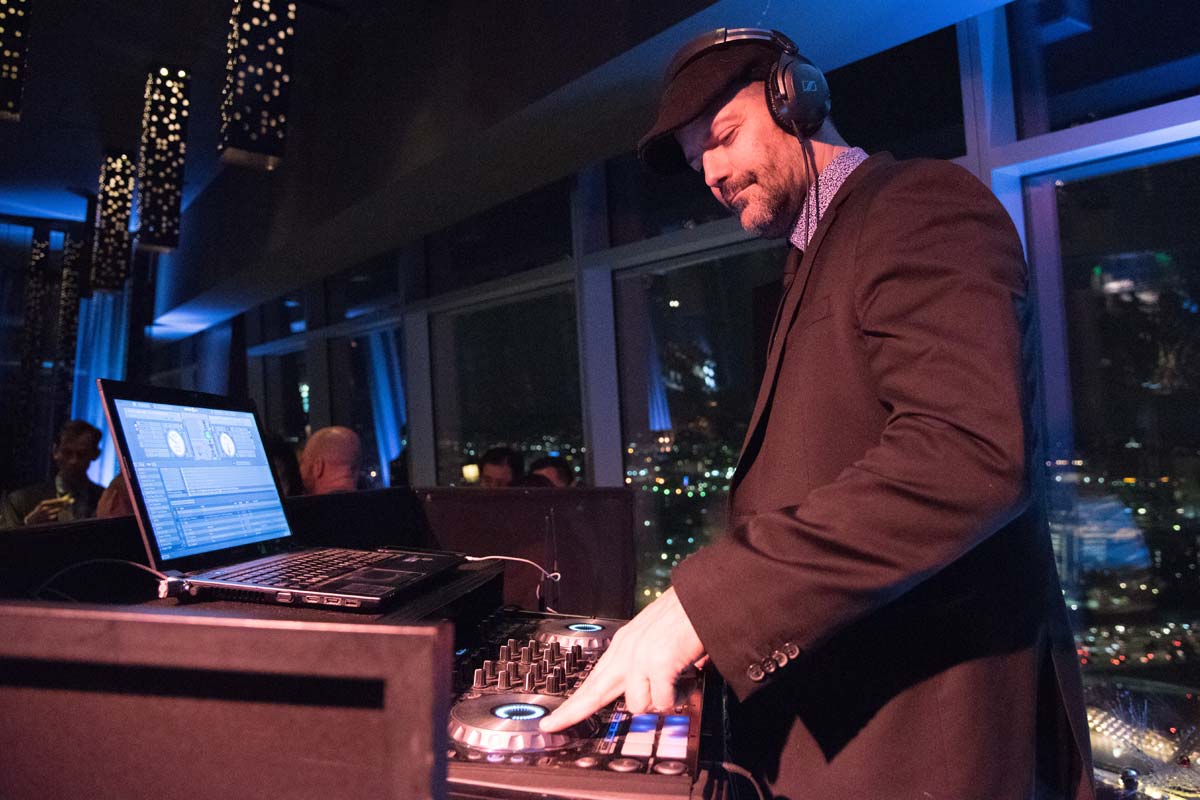 We Have Your DJ!

Whether you need EDM for a massive Corporate Dance Party or Casual Dinner Music for your cocktail hour, our DJ’s have you covered.  If you want a mix of Hip Hop, Latin, 80s, Today’s Pop and Top 40 all mixed perfectly — No Problem!

Want find our more about having our DJs perform at your wedding, corporate, fundraiser, private event or festival? Call us 323.691.3883, email us [email protected], or click on the button below to contact us. 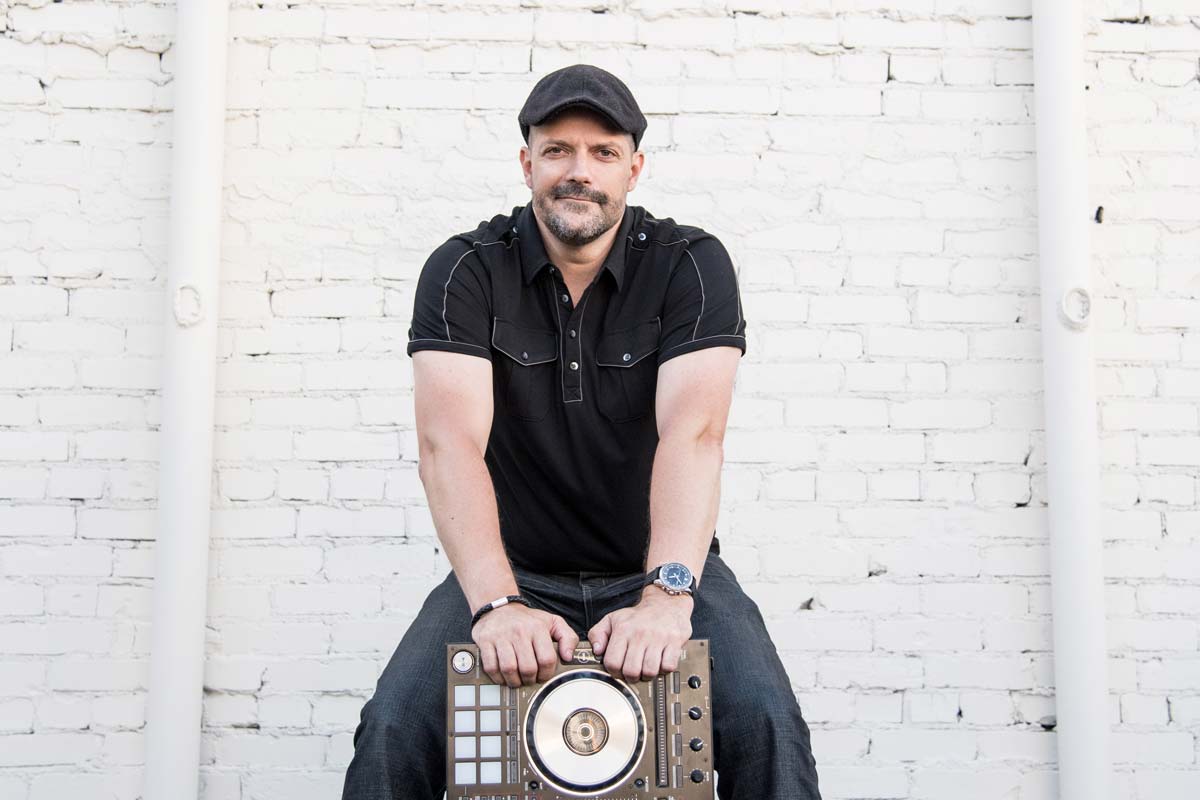 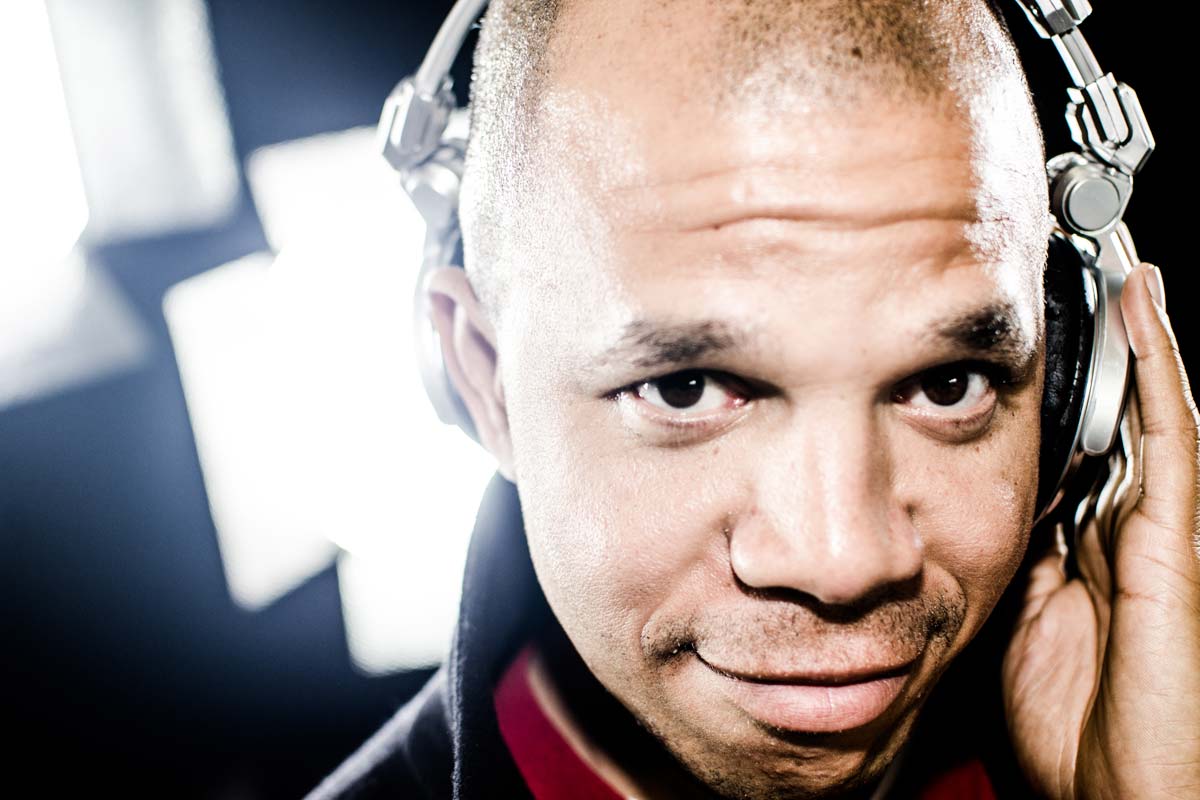 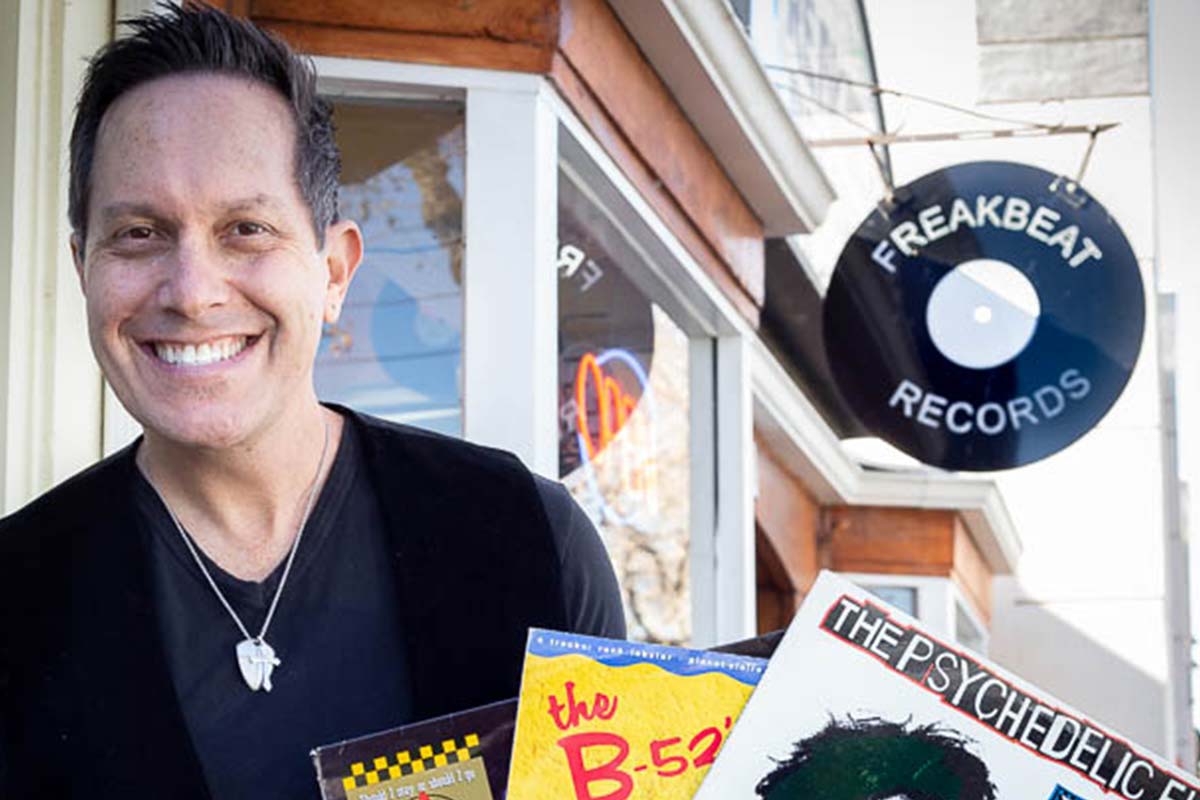 All of our DJ’s are experts at ‘Room Awareness’.  They will read your crowd in the best way!  And they understand the importance of Tempos and Beat-Matching.  This is a skill and a lost art – But nothing is lost on our DJ’s.  They tear the roof off of every party!  Or they can ‘lounge’ the heck out of your cocktail hour.

Lee is Influenced by the eclectic & funky music that became known as the “Minneapolis sound” (Prince, Shelia E, The Time). After several years of paying dues spinning for local bars Lee was hired as the Director of Entertainment for America Live – a 60,000 square foot multi entertainment complex featuring 5 different nightclub concepts under 1 roof. Here he spent the next several years traveling the Midwest opening new properties, training DJs and managing the music format for all 5 concepts. During this time he learned the important skill set of reading a crowd’s body language and adapting the music set to keep people happy which of course is crucial for any type of special event..

He is an amazing Emcee and a genius with Karaoke and getting everyone up to the mic to sing.

DJ AmRo is a Washington DC born and bred DJ who has been in California since 2007. A student of music since learning the saxophone at a very young age, DJ AmRo’s musical knowledge spans numerous decades and crosses multiple genres. In April of 2008, AmRo started a online radio show called Mirth Nadir. The focus of the show was listener dedications and interviewing indie and mainstream artists such as Melanie Fiona, Raheem Devaughn,Charlene Lite and Donnell Jones. The successful creation of this show further cemented AmRo’s decision to DJ at a variety of events and venues throughout the world. AmRo has successfully partnered with the international brand Clif Bar on numerous marathons and bicycle races across the west coast of United States. In June of 2013, DJ AmRo graduated from the internationally renowned Scratch Academy DJ school. This intense year-long program (which is the equivalent to DJ College) has elevated the skill set of AmRo in an immense way. In April of 2015, DJ AmRo graduated a second time from Scratch Academy DJ School. The focus of his studies this second time was Music Production.  DJ AmRo currently has residencies on various nights in Los Angeles, Santa Monica, Venice, Hermosa Beach and Culver City.

DJ AmRo mixes classic Old School, Hip Hop and House with all of the latest top-40 hits and ensures that the crowd is moving at all times. The Jazz upbringing has proven invaluable as the historical knowledge allows him to find the right vibe for any party. A few of AmRo’s favorite artists include Stevie Wonder, Eric B & Rakim, Meshell Ndegeocello, Mariah Carey and Teena Marie.

He also adapts to any music genre and culture.  His ears are magnificent!

DJ John produces video spots for corporations that include celebrities. A strong believer in the power of first impressions, John specializes in creating one-of-a-kind events that dazzle attendees, highlight businesses, and leave everyone feeling energized.

He was the DJ at Stratton’s in Westwood for over 5 years and every year the were rated the #1 College Bar in the USA by Playboy Magazine.

Featured Guest DJ for Princess Cruise Lines and he has done gigs in London for BP and all over the country. As a DJ his ability to read a crowd and cultivate the perfect musical vibe is second to none.

Veronica Puleo: A New Jersey native and graduate of William Paterson University, Puleo has had the great fortune of working and collaborating with the finest musicians in Los Angeles. Her voice covers so much ground, yet her passions lie in the sounds of Americana and traditional Italian Pop! She’s eclectic, electric and always sings from the heart no matter the genre. “It’s all about the message of the tune. My job is to relay that message in the most meaningful and compelling way, with ultimate truth.”

She spent several years lighting up the stage as a lead vocalist, front woman and rhythm guitarist for her band TheReplicasMusic.com.

Whether on stage or Emceeing/DJing/Singing in a virtual atmosphere, Veronica takes events to a whole new level.  She prides herself on giving her all for clients. She is professional and fun to work with, while keeping every aspect of the production in mind. 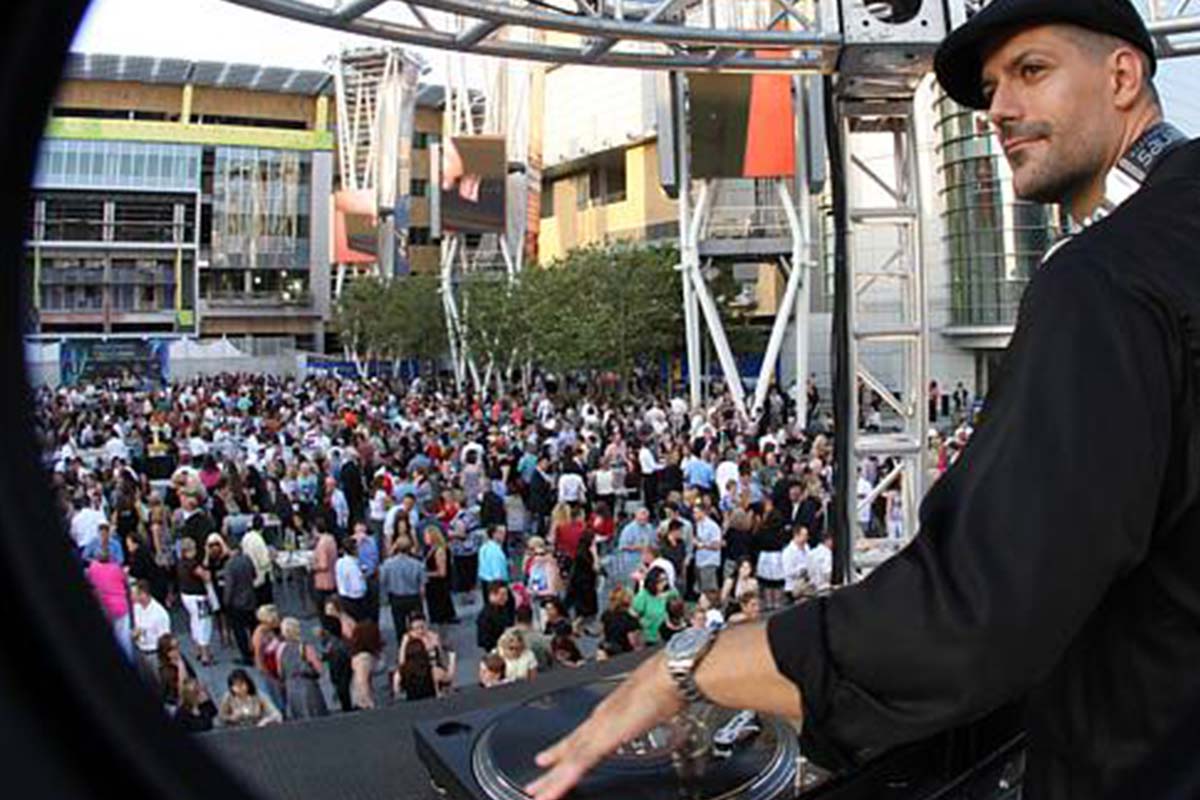 “DJ Lee was awesome at our corporate holiday party!  He and his emcee got our employees to dance and play some fun games.  Everyone loved them!”

let’s get this party started 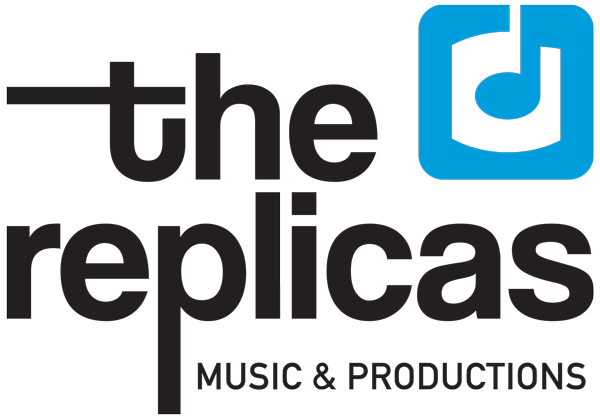 Thank you for visiting The Replicas Music. We look forward to meeting you!